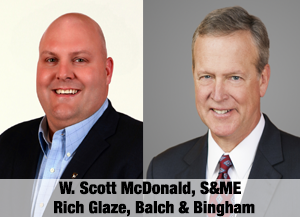 WIFIA promises to be a significant funding source for water infrastructure projects, but it will not entirely replace SRF funding

By Rich Glaze and Scott McDonald

For years, the go-to funding source for most wastewater and drinking water treatment infrastructure has been state revolving fund (SRF) programs established under the federal Clean Water Act (CWA), which include the waste water SRF, known as the Clean Water State Revolving Fund (CWSRF), and the Drinking Water State Revolving Fund (DWSRF). Whether financing is needed for sewer collection systems, publicly owned treatment works or projects related to conveying or purifying drinking water, the CWSRF and DWSRF have been the primary sources of borrowing for municipalities for 20 years or more. This limited menu of public financing options was expanded by the funding in 2016 of the Water Infrastructure Finance and Innovation Act of 2014 (WIFIA), a federally administered program designed to expand available public financing for water-related projects. If implemented as intended, WIFIA, which will begin accepting applications from prospective borrowers this year, should prove to be an important supplement to the funding provided by the SRF programs.

Almost every state runs both CWSRF and DWSRF programs. Funded originally by federal grant “seed money” and supplemented annually with additional federal funds, SRFs provide low interest loans to eligible recipients for water infrastructure projects. Repayments of principal and interest plus the EPA funding allow state SRF programs to finance new projects and increase the size of the fund as the moneys “revolve” over time.

The assistance provided by SRF funds may include new loans, refinancing, purchasing, or guaranteeing local debt and purchasing bond insurance. States have discretion to set specific loan terms, including interest rates, and whether to provide principal forgiveness and negative interest rate loans.

The SRF programs have been effective. As of the end of 2014, the CWSRF program financed $105.4 billion in projects via 34,902 assistance agreements with communities. Of this amount, more than $36.4 billion went to projects serving populations of fewer than 10,000.

Like SRF, WIFIA provides secured loans or loan guarantees for eligible water infrastructure projects and appears destined to be a substantial source of funding for water projects. Potential borrowers should be aware, however, of differences between WIFIA and SRF before counting on the ability to access WIFIA funds. One key difference is that WIFIA targets larger projects, with a minimum value of $20 million, unless the community has a population of fewer that than 25,000 – projects for these smaller communities must be worth $5 million or more to be eligible.

Unlike SRF, WIFIA is administered by EPA rather than the states. Initial WIFIA funding allowed WIFIA to invite 12 entities in nine states to apply for $2.3 billion in loans. The applicants were chosen from LOIs that were due April 10, 2017. Although a second round of funding was planned in 2017 for any unspent funds after the initial round, EPA staff now says that the next round will occur in the first quarter of 2018 at the earliest.

Although WIFIA funding provides funds for many of the same projects as supported by SRF, broader categories of potential applicants may increase competition for funds, at least until the pot of money grows. Potential applicants include tribal entities, various types of for-profit and non-profit businesses and federal, state and local government entities, including state CWSRFs and DWSRFs. The categories of eligible projects are also larger, including drinking water and wastewater projects that would qualify for SRF funding; desalination and drought mitigation projects and real estate acquisition to support a variety of water-related projects. Finally, the selection process for applicants may favor projects that are different from the “typical” SRF project. In determining who may apply for WIFIA financing, EPA evaluates LOIs using a weighting system for proposed projects that favors certain characteristics that the typical SRF project may not have. For example, the WIFIA weighting system favors projects that use innovative approaches such as green infrastructure or water reclamation and that serve areas with significant energy exploration, development or production potential.